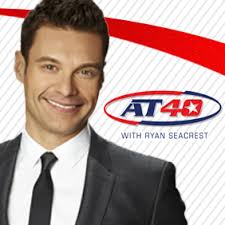 If you talk in your sleep or sleep with someone who does, you’ve probably wondered what it’s all about. And here’s the deal: Sleep experts call talking in your sleep “somniloquy” and according to the National Sleep Foundation, it’s actually a sleep disorder. They describe it as “talking during sleep without being aware of it.” Sleep talking usually includes a lot of babbling and mumbling, but it can also involve detailed monologues that even make sense.

When someone is in the early stages of sleep, it’s usually easier to understand them than when they’re in later parts of the sleep cycle and what they’re saying is more moans and groans. And the reason most people get freaked out when they talk in their sleep is that they don’t remember doing it once they wake up.

And get this – the voice and language someone uses while talking in their sleep could be totally different than how they sound normally. While anyone can experience it, sleep talking is actually more common in kids and men. Sleep specialist Michael Breus says that sleep walking and sleep talking happens in around 25% of kids and 1% of adults.

So why is it happening and what does it mean? Most likely, it’s that the person is sleep deprived, Breus says. And the National Sleep Foundation also says stress, depression, daytime drowsiness, alcohol, and fever can cause sleep talking. Some medical conditions, like sleep apnea, can also cause sleep deprivation, leading to sleep talking.

Usually sleep talking is something that happens for a short time and no treatment is needed. But if it goes on every night for a year, you should get to the doctor to see if there’s an underlying medical cause. Breus usually tells patients who come to him for sleep talking problems to start with getting more quality sleep and that normally does the trick.

And if your bed partner sleep talks, you might think you can get them to reveal some deep, dark secret or something juicy, but Breus says there’s no research to show that sleep talking will give you a window to their subconscious. So don’t waste your time asking a sleep talker anything and get a white noise machine or some good earplugs so they don’t keep you up chattering away.