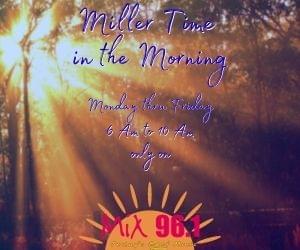 How’s this for full circle? 42-year-old Daniel Helsel works as a paramedic in
Upper Marlboro, Maryland, near D.C. He’s been a firefighter for 20 years, and an
EMT for 10.

On Monday, he responded to a call about a woman who was going into labor. And he
ended up delivering the baby in the back of an ambulance. The mom and baby are
both doing fine.

Then later that day, a local news reporter was interviewing him about it at work.
And his parents showed up in the middle of it with a cake . . . because it also
happened to be HIS birthday.

But that’s not all. They talked to the reporter about the day Daniel was born.
And it turns out he was ALSO born in the back of an ambulance.

His dad told the story about how a state trooper helped deliver him, and said he
was like a guardian angel.

Now exactly 42 years later, Daniel got to do the same thing.