While millions of people will be watching Sunday’s Super Bowl just for the fun of it, there are plenty of folks who’ll have a lot riding on 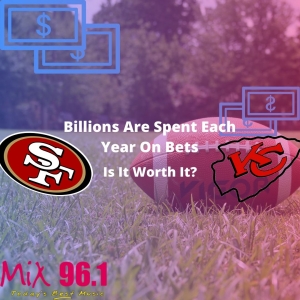 whether the Kansas City Chiefs or the San Francisco 49s win. That’s because a lot of people will have money on the game.

According to the American Gaming Association:

“With 14 operational markets and another seven close behind, Americans have never before had so many opportunities to wager on the Super Bowl in a safe and legal manner, and clearly, they are getting in on the action,” said Bill Miller, president and CEO of the American

Gaming Association. “With increased visitation to legal sportsbooks, we are successfully drawing bettors away from the predatory illegal market.”

Viewership for NFL games rose five percent in 2019, up another five points from the year before. This is yet another example of how the NFL will earn approximately $2.3 billion annually due to increased fan engagement from sports betting. Previous AGA research found that 75 percent of NFL bettors say they are more likely to watch a game they have bet on, and sports bettors are more interested in the NFL than any other professional sports league.