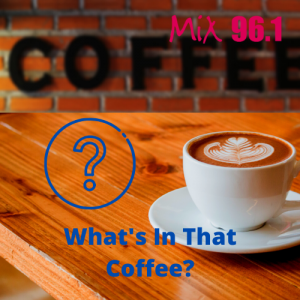 Florida third grade teacher Shannon Maxey admits she drinks coffee every morning when her kids come in, and loves it so much she has her own coffee maker in the classroom. She also likes a little flavor in her coffee, so she has a bottle of almond syrup right next to the machine, which is where the confusion came in.

Apparently one day a student asked to talk to her “privately,” and asked her why she kept liquor by her coffee. It seems the kids thought her syrup was booze, which is why they tended to be concerned if she ever went for a second cup during the day.

“I asked them why they didn’t ever say anything to me,” Shannon tells Buzzfeed, “and they said, ‘We just thought you put a little beer in your coffee every day.'” She added, “At least I didn’t raise a class of snitches– no one told their parents or admin that Mrs. Maxey was getting lit every morning while teaching.”